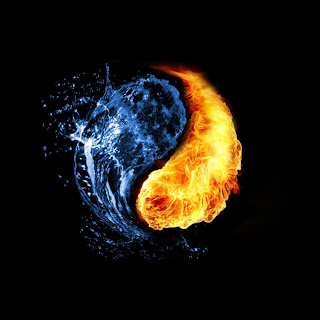 I just don’t want to leave my house.

This isn’t just because I’ve been in my new house for only three weeks and need to organize and bond with the space. I think I’ve been like this for a long time. In all my previous houses, and especially in the last house in which I lived for over 14 years, I felt a similar reticence to going “out.”

It often seems like just too much trouble to orchestrate an excursion. I tell myself I could do without whatever it was I was planning to go out for. Which is often quite true! In the past, going out for shopping trips was less appealing than going out to meet friends, but even going out to see friends often required monumental effort. Granted, I lived an hour away from the city where most of my social sphere resided. Most weren’t keen about making the trek to my place either. Traffic. Weather. Conflicting agendas. Logistics. Time. Money. Now I’m 5 hours away.

Going out can mean disruption, irritation, being apprehensive because I can’t see well at night, traffic, lines, or even danger. On top of that I do have a couple chronic physical conditions that at times make moving about and going out just that much tougher. Most of the time the pay-off just doesn’t seem worth the trouble. Sometimes there really is no apparent pay-off. Sometimes there is just an obligation, or task to perform.

Yet, I have forced myself to get out.  I have met friends for lunch. I have gone to parties. I have shopped. I have done my duty. in the end, I was almost always glad I did.

However, driving the 4.5 miles now to fetch my mail from my PO Box even seems onerous. It means scraping the car. Warming it up. Organizing the dogs. Driving. To get what? Bills? Information about things I don’t want to know about? I have excuses to not go the local café to eat. (I have food here!) Yet once I’ve done so, I see that it wasn’t so bad--maybe even fun! I usually get to talk to another human being. I love the scenic roads lined with pine and birch.

Maybe I’m just lazy or spoiled.  I feel guilty that I’m complaining about what seems like a first world problem. I’ve also been told that I’m like a border collie: incessantly moving, rearranging, finding projects—sure that what I’m doing is meaningful and important (and sure that others agree with me!) I have a history of political and social change engagement. I’m motivated—sometimes inspired even. That doesn't sound lazy or spoiled, but I’m slowing down.

Maybe I don’t like going out because it means I’ll have to extend myself. Challenge myself. Push past my comfort zone to interact with other human beings. And frankly, often those interactions can be simply tiring. Other times the apprehension is well-founded.

I had to drive to Hibbing recently to discuss my health insurance options with a state hired broker. There is little between me and Hibbing except a long drive. Upon reaching the outskirts my low tire pressure gauge went on. I managed to limp around until I found a place that would fix my tire. Thankfully I was not stranded somewhere in between my home and my destination on a very cold day!

And a few days ago, I went shopping. It felt like a big deal. I started to ready myself early by making sure the dogs were fed, pottied, comfy and safely contained. I started my car and scraped the ice off. I made the long trek to Grand Rapids and shopped for two hours--at no less than four stores! Then I drove another hour and a half to get home. And I still didn’t get some important stuff. I completely abandoned the window well covers and the ash can. I was just too tired to deal with it.

Yesterday I drove 45 minutes to attend a social gathering of Women of the Woods. It was nice, but after a few hours, I was dead tired and wondered how I was going to make it home without a nap.

I keep looking for ways to keep engaged in the world because I know it’s good for me. Sometimes I think I overcompensate just a little though. People actually get the impression that I’m pretty extroverted but I’m really equally introverted. When my introvert side takes over, people often get the idea that I’m angry or scary (just resting bitch face). No, I might just be feeling drained. Or I just don’t feel like expending the effort to appear the way people expect to see me (or the way I want people to see me).

My environment has become more challenging at a time in my life when my body and soul is calling for more cuddling (or is that coddling?) At any rate, I’ve chosen to put myself in this environment.

Perhaps there is nothing wrong with me at all, and I’m just experiencing the human condition in my own particular circumstances. I can honor both sides of my personality. Both be-ing and do-ing offer valuable survival skills. I guess the trick is knowing which to honor when!