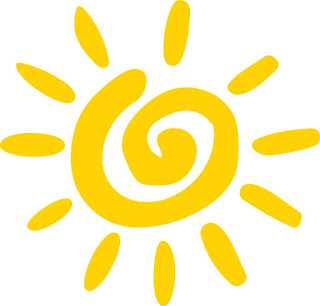 Well, I’m feeling less depressed than I was at last blog entry. The sun has been shining more, the weather has moderated, I found a couple of strong guys to do some shoveling for me, and have had the snow removed from the roof of the shed and lean-to, as well as had the caterpillar out to remove the major snow from around the house and shed. Hopefully, the melt will follow a path that doesn’t steer toward my buildings!

I now supervise my dogs closely when they go out. I never take my eyes off them and so far have managed to prevent my dogs from eating each others’ poop, which means I don’t wake up to Gawd-aweful messes in their crates any more. I have a plan to fence in more of my yard so that I can get them all out for serious play-time this spring.

Another reason for my improving outlook is the fact that I now have a water tight, functional bathtub and plans to install the remaining elements to complete the renovation: flooring, walls, and a heating/light/exhaust fan element in the ceiling. The actual execution of that renno will be painful and prolonged, but there is a PLAN!

I like plans. And that’s probably one reason why I like Elizabeth Warren. Making a decision on who to support for president is also a factor in helping to elevate my mental/emotional state. After careful consideration I feel pretty good about it. While I am in Sander’s philosophical camp, I don’t want this 78-year-old cult-like personality in the White House. Although Klobuchar is from Minnesota, she rubs me the wrong way on many issues. Bloomberg is just another billionaire trying to buy his way into the office. Buttigieg is smart, but wet behind the ears. Biden is also 78 and another wannabee Obie wan Kenobi who is showing signs of failing mental capacity. Warren is by default and by choice the only one who is smart enough, qualified enough, prepared enough, articulate enough, and practical enough to be our next president. But even if we are lucky enough to see a Democrat as the next president, it will be all for naught if we don't gain the Senate. Yes, it's clear the president's office has consolidated a LOT of power, and a benevolent dictator could help make people's lives better. But do we really want that? I'd prefer the restoration of the separation of powers.

I also went to my precinct caucus last night. Doing something rather than fretting from the armchair is typically empowering and it was. Four local precincts were assigned one locale in which to meet, and sadly, only 2 of us from my precinct showed up, no one showed up for another, and the other two had 5 people between them. Nevertheless, I’d brought more than a dozen resolutions with me, most of which came to me through a friend involved with a progressive DFL group in Duluth. In addition, I wrote three of my own. The only one with any discussion was one asking for a moratorium on copper sulfide mining until there was evidence to support its safety. In the end, all were accepted. I’m now a delegate to my organizing unit convention.

One of the key arguments against the resolution regarding the mining moratorium was that career jobs are desperately needed up north. People here mostly work in the tourism industry, and those jobs are seasonal, part-time, and always low paying. Few can afford to live here because of the lack of decent jobs. When I asked if the trade off of maybe 90 jobs for a limited time was worth the likely potential of an environmental disaster, the answer was YES. I did get agreement that IF there was another jobs solution, then mining could be taken off the table. But since there are no other plans for job creation in northern Minnesota, people up here are opting for what seems to be at least, a chance.

So, I’ve been thinking about why there aren’t more decent paying jobs here. And why do people think that there is an abundance of well-paying jobs in the Twin Cities? It’s not just the Iron Range that is suffering. Our whole economy has become a service economy. I know many people working two and three jobs to make ends meet, PLUS the income or two of spouses, roommates, and other family. The city is not the end of the Yellow Brick Road. Most of us are seeing a decline in standard of living and finding it more difficult to enter the "middle class".

I do have a couple of ideas.

Everyone I meet says we need more people to come here. Why not recruit immigrants? They are famous for being entrepreneurs  and for their willingness to work hard. They have a naivete and attitude of gratitude that puts us softer, jaded, more risk-averse long-time residents to shame. They bring new life, new culture, and new perspectives with them that we could learn from and benefit from. When we all do better we all do better!

Everyone I talk to says we need more people to stay here. Why not offer incentives for businesses to reestablish or expand here? If local communities can’t afford to, then the state of Minnesota should help. There is no reason that I can see for everything to be consolidated in big cities. Let's get creative, innovative, inventive.

We need decent wages which starts with a decent minimum wage. I know small businesses will complain loudly about going bankrupt, but that is simply not the reality. They always say that, but it rarely happens.

We need universal health care. If people were assured of affordable health care no matter where they lived and worked, there would be more incentive to remain where they are instead of abandoning their local small town. Right now, you have to be destitute to get Medicaid and they come after your only asset permitted—your house--should you ever sell it.

There is a LOT wrong with the structure of power in this country. The corporate system is rigged to keep average workers down and send us farther down than we already are while confusing us with misleading rhetoric. As long as the disparity between the 1% and the rest of us is too difficult to even comprehend or too scary to contemplate, we will continue to wring our hands in despair, bang our heads against the wall and point to others in the same kind of boat in a desperate and futile attempt to make sense of it all.

I have some ideas here too, and I'm not alone.

We need campaign finance reform. Citizens United must be overturned. This single thing has facilitated the take-over of our government by high stakes rollers and billionaire crime bosses.

We need to stop fighting among ourselves for the crumbs the monopolies scatter for us.

We need to restore the separation of power in the branches of government.

No one is going to do this for us but US. Time to start acknowledging reality. Time to take matters into our own hands and be the change we want to see in the world.

We can take this opportunity that chaos presents, or we can roll over and give up.