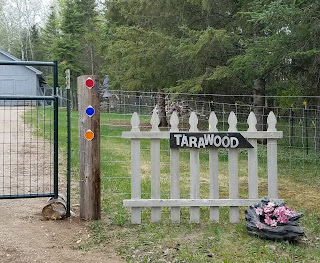 Life for me since moving to the north woods has meant relative isolation. I don’t have close neighbors. Restaurants, bars, and shopping opportunities are pretty limited. The economy up here has been struggling for decades. Jobs are scarce and low paying. The population is generally retired.

Some folks are well-off but that is because they already were when they got here, or they own businesses that are multi-faceted or not as subject to the ups and downs of other business endeavors such as retailing, hospitality, or tourism. Life maintenance services like health care, along with lumber and hardware seem to be doing alright.

I fall into the category of retired. I’m here because I needed an affordable place to live where having half a dozen dogs would not be a problem. I also love the north woods and am familiar with the area. But the pandemic has affected me as well. I’m doing alright at the moment; and if I can stay out of the hospital, I’ll feel very fortunate.

Yet, I’ve been feeling foggy in the brain, lethargic, sad, anxious, worried, and am probably depressed. The regular monthly visits from Nikki (and usually Maren too) were absent in April. The two of them left here in March right on the cusp of the pandemic becoming a "thing". Nikki did come up in May to get some crucial homesteading tasks done: perimeter fencing and driveway gates so the dogs can finally safely get out of their limited kennel for a while. One of the garage doors which was falling off its hinges was replaced and now has an opener which makes my life a lot easier. I also have a working outside water faucet which enables the possibility of burning in the fire ring again which will eliminate some of the piles of brush. With the help of a couple of local paid laborers, I now have constructed raised bed planter boxes, and piles of brush and logs from the cutting Nikki did before the fencing went in.

With the help of my friend Max, someone I’ve known for years, who is currently employed very part-time, I’ve been able to get the planters filled with dirt, and the whole garden area fenced. Some of the dirt was spread out over the ruts that the burying of the electric service left. We've tackled a stump (which so far has us stumped) and ripped up the garden fabric around two sides of the house along with roots and bushes. All that was filled in with dirt landscaped to shed water away from the foundation. The plan is to plant grass. No more bushes or rocks or trees to get in the way of snow removal around the house in the winter. I should be able to reach the roof with the roof rake to get all that snow off as well. Max did all the heavy work. But I also worked hard too. If not for all the support I have, I'd be up Shit Creek.

Some of the poplar logs were recently removed yet this week as the guys who did a lot of rock moving, bush piling, and debris raking want it for burning in their own fire pits. They are coming out again soon to drag out more downed wood near the mouth of the driveways. That will make things look a lot better.

And just how is everyone up north here dealing with the supposed shelter at home decree by the governor? In general, people are limiting their movements at least to some degree. But there is more travel since the state is starting to open. Lots of people are not too happy about their “rights” being infringed upon, i.e, sheltering at home. The expectation is that there will be a surge in infections and deaths as things reopen, but people are going stir crazy and the economy has tanked. It's not a good situation all around.

In a more immediate sense, I'm personally very careful. I wear a mask when shopping, and have significantly limited even that. Nikki and Max were not allowed into my kitchen when they were here; Nikki slept on the futon, and Max slept in the attic. Mostly, we were outside and when inside, kept our distance. I’ve been the one harping on keeping personal distance the most. I disinfect regularly. I’m careful as I'm the most at risk. But Max wanted some hard physical work to do, and Nikki is committed to getting this place a bit more functional for me. They seem to like it here. So, they came. They worked. We dealt with it the best we could, and life goes on. Or maybe it won’t. We shall see.

Trump is forcing “essential” workers (who are the lowest paid and often black or brown skinned) to go back to work (especially in the meat packing industry). As states open it will be work regardless of risk because there will be no unemployment benefits if they stay home to avoid the virus.  It’s clear that low paid workers, non-white people, and women are considered dispensable by at least many of the elite. It’s disgusting.

It’s difficult to cope with the fact that our government is being destroyed before our very eyes and being replaced by a cartel of elite capitalists who have absolutely no regard for the well-being of the people who create their wealth. It’s terrorizing to see otherwise decent people clamoring for their “rights” and disregarding those of others in the name of liberty. We have white people being allowed to carry automatic weapons into state capitols along with swastikas and confederate flags while unarmed black persons are murdered willy-nilly.

I’ve seen a LOT of new traffic on my gravel logging road. Gun fire is a regular sound around here now; the summer people and those escaping from the city are back in the woods. I feel intimidated and helpless. I was hoping for some peace and quiet up here and instead am worried about the crazies lurking in the woods. When I do drive to Grand Rapids I encounter drivers who have absolutely no fear of consequences for speeding and reckless driving.

What's also disturbing is the crazy deep-state conspiracy theories being fed to the already racist and misogynist worker bees. It keeps the fires of hatred and fear stoked. Their frenzied cultish behavior is frightening.  Trump and his cronies are able to keep dismantling our society because we become more and more divided and fearful of each other. And we have good reason to be afraid of each other.

Even my daughter Kristin has drunk the kool-aid of deep-state-child pornography-Pizzagate-Hollywood cannibalism conspiracy theories. She and her friends want to come up here to my place if if “things get dangerous” down there in the city and they have to escape. To her and her friends, this is all about deep-state take-over and the pandemic is a hoax. OMG. OK. Whatever.

So, I’m grieving the loss of that daughter's mental health; and haven't heard from her in weeks. My other daughter Maren is currently staying with her father (my first ex-husband Phil) because if she goes back to her group home, they won’t allow her to leave again due to the risk of the Covid-19 infection she might bring back. That may change soon with the loosening of restrictions. However, group homes for people with special needs like Maren's and especially nursing homes for the elderly are rife with disease. So many of us are expendable however…no big deal. Those over 60, or with autoimmune conditions like asthma, or other mental or physical health disabilities seem to be expendable. Even some of my friends have been cavalier about losing a few of "them". The very young don’t seem to be quite as vulnerable, which is good for capitalists looking for future labor sourcing. As we've seen, the rest of us can croak without affecting the stock market much--life will go on pretty much as usual for those who actually own the resources and the wealth.

I wonder sometimes if I'm going laugh or cry. Sometimes I do both. Either Mother Earth is cleaning things up, or the "Reptilian hybrid humans" in power are. In one sense,  I can understand Kristin and others who believe in QAnon and other nefarious sources because it’s crossed my own mind as plausible that it’s aliens who are orchestrating the pandemic and pulling Trump's strings. We are all grasping for answers and how to make sense out of this senselessness. The brain does funny things when under stress.

I find it both comforting and alarming, hopeful and depressing, that it’s probably just a natural response of Nature and the greed, avarice and stupidity of humanity which has brought us to this tragic point in history. There have been many tragic points in history, and I’m sure there will be many more. What's so special about now? I'm in it. I'm aware of it. I'm the center of my own universe.

In the meantime, I’m planting a garden; having play time with my dogs in our newly fenced yard; getting this house more automatic so I can live here a few more years despite my physical limitations (assuming I don’t die of the virus). I’m arranging my life like I have one to live. I AM alive still; and grateful for it—despite everything. I’m grateful that I have people who love me and are willing to put in the time, money, and labor to see that I’m OK. The least I can do is be a welcoming hostess and not such a Debbie Downer.

The world may be going to Hell in a hand basket, but I’m going to simply keep on keeping on (within reasonable limitations) for as long as I can. I don't much like the alternative. 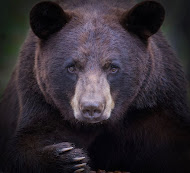